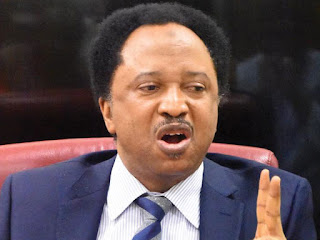 The senator through his verified Twitter handle on Friday said such action by the management of the two organisations would put a stop to the controversies surrounding their ownership.


The Peoples Redemption Party member representing Kaduna Central Senatorial District in the National Assembly, Senator Shehu Sani, has challenged the management of the communications giant, Etisalat, and Keystone bank to publish the list of their shareholders without further delay.

This came following the Alegations by The Atiku Campaign Organisation who had through one of their spokespersons, Buba Galadima, alleged on Wednesday that families, associates, and cronies of President Muhammadu Buhari, were the largest shareholders in the two firms.
But Sani said the immediate publication of the firms’ owners, would also save the President, whose integrity was already being called to question, from ridicule.