Just a few weeks to the 2019 presidential elections, the candidate of the PDP, Alhaji Abubakar Atiku his been reported missing as he has not made any public appearance in quite a while. The APC UK has alleged that he is coming back with a concession speech while other twitter users have said he is probably in Dubai. Someone did raise issues about his health though and said he might have been ill and it is being hidden from the media. Remember that President Buhari’s health was a huge talking point in the 2015 elections. This has led to the trending of an hashtag #WhereIsBuhari on Twitter See photos:- 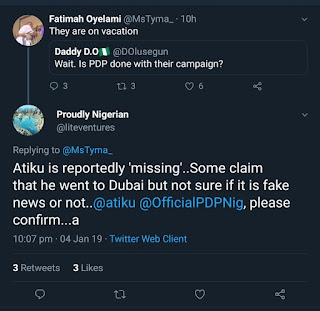 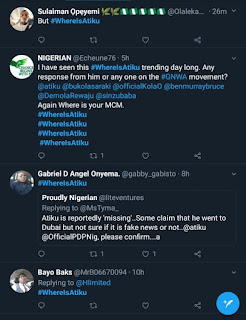 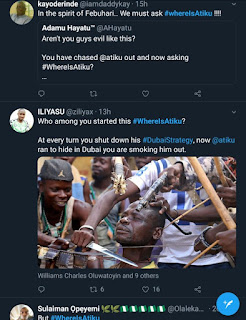 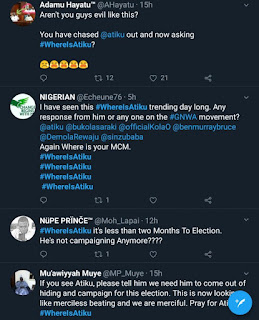 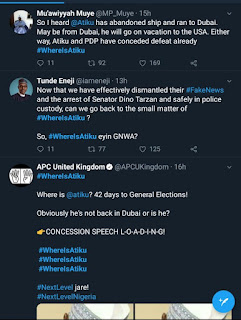