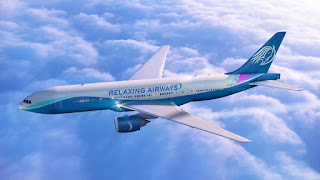 Tragedy was, today, averted, as an SAA flight developed technical fault midair and was forced to empty some fuel on an island. Recounting how the whole event played out, Nigerian priest, Precious Uwagbai, said: “A South African Airline with Flight number SA184 just escaped a plane crash now, 5th January 2019, with over 200 passengers onboard. . We had taken off and were airborne for over 2 and half hours when the pilot announced that there is a technical fault and that we should remain calm. . We lost our calm when the plane began to shake on air so the pilot had to jettison some fuel over a deserted island so as to avert any fire outbreak Incase of crash landing. . We were airborne for over 4hrs before we finally had a tough landing at Johannesburg international Airport in South Africa. . The men of the firefighters service came to our rescue as we landed in a deserted area of the airport and waited for almost 30mins for the rescue team to get us by bus back to the Airport terminal. . All we have to say is thanks to God for preserving our lives. I am Priest Precious and in the company of 82yrs old Mehdi jaffer and his wife.”