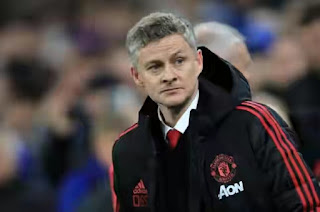 Manchester United interim manager, Ole Gunnar Solskjaer, has admitted he does not expect the club to sign anyone in the January transfer window. Solskjaer, who upon his arrival said he would have an input on transfers, revealed on Friday that he will meet with the club’s executive vice-chairman Ed Woodward this month to discuss the market. However, when asked if he anticipates any new additions in January, he said: “I don’t expect anyone to come in. “Obviously if the club have targeted and identified a few and I think they might fit here then I’ll give my thumbs up. “But it’s not just my decision. I’m happy with the squad I’ve got.”