Court records show that the D.C. United striker paid a $25 fine after breaking the law in Virginia in December

D.C. United striker Wayne Rooney was arrested on public intoxication and swearing charges shortly last month, according to court records obtained in the US.
As originally reported by a local ABC news outlet , the 33-year-old was arrested at Washington-Dulles Airport in Virginia on December 16 before being released without bail.
The former England and Manchester United captain, who had been travelling to Saudi Arabia for a sporting event, subsequently paid a fine of $25 on January 4 for breaking the law.

Virginia law states that “if any person profanely curses or swears or is intoxicated in public, whether such intoxication results from alcohol, narcotic drug or other intoxicant or drug of whatever nature, he shall be deemed guilty of a Class 4 misdemeanor”.
Rooney’s MLS side said in a statement to Goal on Sunday: “We are aware of news reports indicating that Wayne Rooney was arrested in December.
“We understand the media’s interest in this matter but believe this is a private matter for Wayne that D.C. United will handle internally. We have no further comment on the situation

Rooney currently lives in the US capital after signing for D.C. United from Everton in July on a three-and-a-half-year contract.
He made an immediate impact at Audi Field, scoring 12 goals in 21 matches to help lift the side from the bottom of MLS’ Eastern Conference to secure a playoff place.
However, Rooney would miss a spotkick as D.C. were beaten by Columbus on penalties in the playoffs.
Despite that disappointment Rooney was named as D.C. United’s MVP and Golden Boot winner for the 2018 season.
In September 2017, Rooney was arrested by Cheshire police after being caught driving over the drink-drive limit. Rooney, who was playing for Everton at the time, subsequently pleaded guilty to drink-driving at Stockport Magistrates’ Court later that month.
He was fined £170, banned from driving for two years and ordered to complete 100 hours of unpaid work as part of a 12-month community order. His club Everton also fined Rooney two weeks’ wages in the region of £300,000.
Rooney has scored more than 250 career goals since making his debut as a 16-year-old for Everton in 2002.
He joined Manchester United in 2004 and went on to score 253 goals to become the Red Devils’ all-time top goalscorer. He left Old Trafford in the summer of 2017 to return to boyhood club Everton but would spend just one season back at Goodison Park before moving to the D.C. United last July.
Rooney is also England’s top scorer and second most-capped player with 53 goals in 120 international appearances. 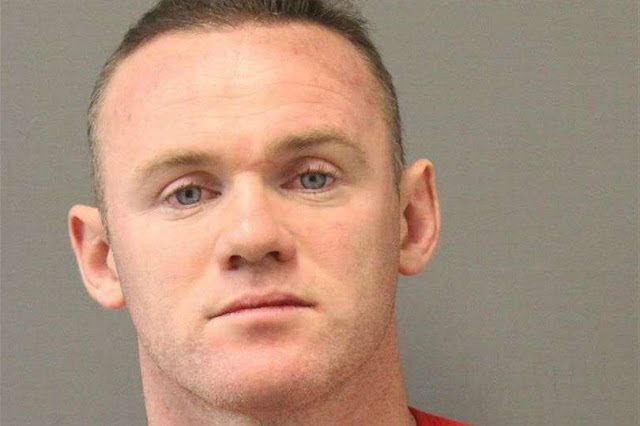