Skip to content
Governor of Ogun State, Ibikunle Amosun, on Thursday claimed he is being castigated by some leaders of the All Progressives Congress (APC), because of his achievements and commitment to the development of Abeokuta, the state capital, ahead of other regions in the State.
Amosun stated this during the kick-off of his ward-to-ward senatorial campaign, in Ewekoro Local Government Area of Ogun Central Senatorial District.
According to him, no right-thinking Governor would abandon the capital to remain the glorified condition it was, before he became Governor in 2011.
Amosun said: “Why am I being castigated? Abeokuta was made the State capital over 40 years ago and the only offence I have committed is to have developed Abeokuta but I tell you, no sane governor will neglect Abeokuta, else that governor will see the result.
“I have never neglected other areas. We have one of the best flyovers and roads of our administration in Sagamu, there are two flyovers in Ijebu Ode with good roads and the same things are done in Ijebu Igbo and Yewa.
“What we’ve done is that when we do three things in Abeokuta, we do two or one in other places and we are running round day and night to get this done.
“I am not the first governor in Ogun State but I appreciate what they’ve done but if anybody castigates me? No governor worth his salt will abandon Abeokuta.”
He solicited the votes of people in all the wards, appealing to them not to trade their Permanent Voter Cards(PVCs) for monetary gains.
“Don’t be deceived into trading your PVC, they will come with promise of loans and grants requesting for your PVC number, tell them they are thrives and criminals, ask them where they have been since all these years that they are now coming on the eve of the election,” he added. 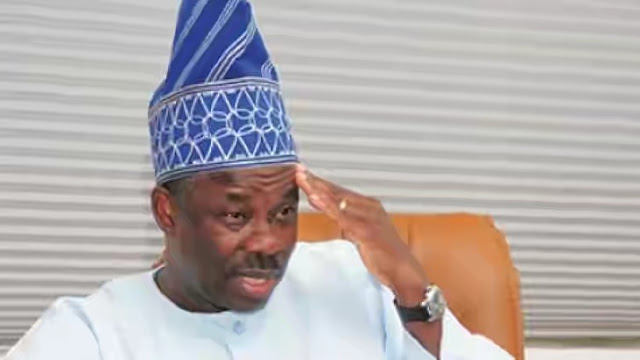