A thief was nabbed red handed after stealing from a church in Bayelsa state.

The young man simply identified as Junior who hails from Okrika in Rivers State – was nabbed by men of the Bayelsa State Vigilante Service.

He was arrested around 5.00 am today for burglary and stealing equipment from a church opposite Fidelity bank in Isaac Boro expressway Amarata, Yenagoa, the state capital.

The suspect has been handed over to the police for prosecution. 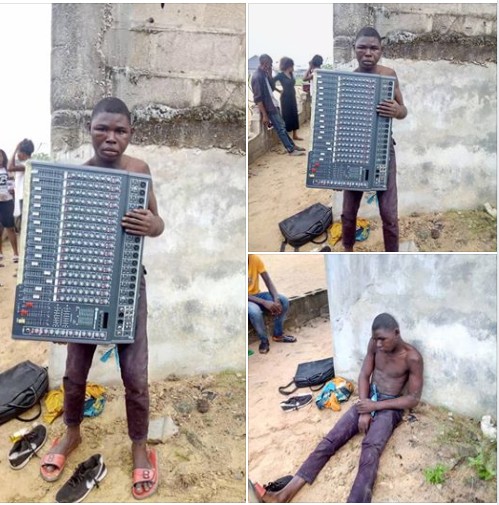