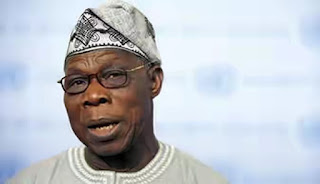 Former President Olusegun Obasanjo has advised the international community on how to punish election riggers.

Obasanjo said that Nigeria can achieve free and fair election if possible punishment was stipulated for top-ranking public officials who were complicit in election malpractice.

The former Head of State said this in a statement titled, ‘Points for concern and action’, released on Sunday.

He continued, “While Nigerians must not allow such a disaster to happen nor take such an affront lying low, the international community who played an admirable role in warning INEC, of course, to no avail on the Osun State gubernatorial election and who have been warning all political parties, must, on this occasion, give more serious warning, send more people to the field to observe and work out punitive measures against INEC and security officials especially the Police and politicians who stand to gain from INEC’s misconduct, which is obviously encouraged by the Executive Arm of Government and who must be held responsible for the violence that will follow.

“Such measures can vary from denial and withdrawal of visas from the people concerned and from their families, to other more stringent measures, including their accounts being frozen and taking them to International Criminal Court if violence emanates from their action or inaction.

“Nigeria must not be allowed to slip off the democratic path nor go into anarchy and ruin.

“No individual or group has monopoly of violence or gangsterism. And we must not forget that in human interaction, reactions are normally greater than action, though opposite.”