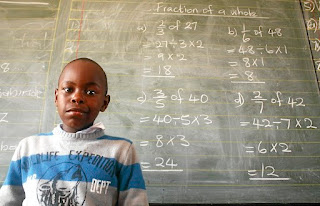 Akwa Ibom State Governor, Mr. Udom Emmanuel has disclosed that the state would soon begin the exploration of crude oil discovered in Urua Local Council area of the state.

The governor disclosed this during his campaign yesterday at the council’s headquarters.

According to him, the state is now awaiting the conclusion of some paper formalities, adding that when completed, it would go a long way in expanding the state’s status and income from the federation account.

Emmanuel said the commencement of oil exploration would further boost the state’s economy and create employment for the people.

He said: “Uruan is at the verge of becoming one of the oil producing communities in the state. That is why you see a new oil rig in the area, and once we are done with signing of papers, we will begin exploration.”

The governor said his administration had established a green house agriculture farm project along airport road for the cultivation of special crops in the area.

“We are not playing politics of development, because campaigns should be issue based. I can assure the people of Uruan that everything ongoing in the area will be completed and commissioned before the end of this administration.

The greenhouse in Uruan will be commissioned by our presidential candidate,” he said.

The governor disclosed that about 2000 cattle had been purchased to reproduce in their natural habitat, before they are transported to the state for the production of milk and yoghurt.

He reiterated his committed to improved healthcare delivery, noting that such has made him to work towards massive turnaround for the Ituk Mbang General Hospital, which he said, has been in a serious state of disrepair.

“Ituk Mbang hospital was overgrown with weeds without maintenance and we turned its fortunes around by equipping it with modern facilities,” he said.

Emmanuel lamented that previous administrations did not even give a kilometer of road to the area, adding that the first ever range in the state is at Adadia, all of which he set up to boost the economy and create jobs.

A political leader in the area, Obong Peter Ekpe Atakpo, commended Emmanuel for being the first governor to fulfill a promise to develop the area.