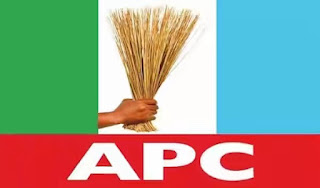 An All Progressives Congress, APC’s candidate for Obokun /Oriade Federal Constituency, Dr Siji Olamiju has accused a member currently representing the constituency in the House of Representatives, Hon. Wole Oke of illegally possessing firearms and recruiting cultists to cause mayhem.

He alleged that Oke, who is his co-contestant in the constituency masterminded an attack on his members and campaign vehicles at Ilase-Ijesa in which two persons were seriously injured by dangerous cultists he recruited from different campuses.

Addressing newsmen at the NUJ Press Centre on Wednesday, Olamiju, who was flanked by some leaders of the party from the constituency also accused the Divisional Police Officer, DPO, in Ibokun, who was simply identified as Mr Taofeek of complicity in the fracas.

He further alleged that Oke, alongside his cohorts, publicly celebrated delivery of ammunition for the purpose of election eleven days ago at Esa-oke, his home town.

” We are about to approach the palace of the Alase of Ilase ijesha when we got the news that some of our members were under attack, we quickly went back to ascertain the degree of injury and attend to the victims.

“When we got to the scene, we realised that two of our members had been stabbed by broken bottles and seriously injured, and because we are law-abiding people, we directed the victims to go and make formal complaint at a police station located in Ibokun.

“We were later called to be informed that instead of the DPO to allow those victims to make entry, they surprisingly locked them up for no reason.

“We went back there and demanded for explanation which he declined, even after I contacted the Commissioner of Police and he gave directive for the people to be released, the DPO flagrantly flouted the order”, Olamiposi said.

He, therefore, called for high powered police investigative team to unravel the connivance between the police and a member of the lower chamber to ascertain the level of complicity and avert further break down of law and order.

Meanwhile, the Commissioner of Police in the state, Fimihan Adeoye, when contacted, said investigation hadbegun onn the matter.

He vowed that whoever is found culpable of this dastardly act would be made to face the full wrath of law without delay.

Also, all efforts to speak with Hon. Wole Oke to get his side of the story absolutely proved abortive as he refused to pick several calls put through to him, and did not reply to the text messages forwarded to his phone.