The 28-year-old striker who is presumed dead, went missing with Sala and pilot David Ibbotson on board two weeks ago.

Investigators have discovered the plane in the English Channel with a body inside but have yet to identify who it is because of the poor weather.

They are also trying to establish who owned the plane, insurance issues and other details surrounding the flight which may mean it results in an insurance pay out.

According to Sky Sports, Nantes are threatening legal actions against Cardiff over the Emiliano Sala transfer.

MySportDab report Nantes sent an e-mail demanding the £15m fee last Thursday and followed up with a legal letter on Tuesday.

French club Bourdeaux are also entitled to a cut of the fee, thought to be 50% – Sala was on their books from 2012 to 2015 before joining Nantes. 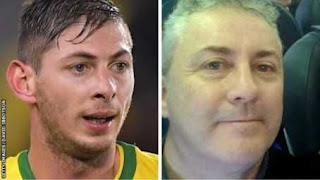