Ingram, known as ‘Blaze’, went viral six months ago after basketball star Lebron James posted a clip of him laying waste to the opposition in a local game of American Football.

And since then, the viral sensation’s popularity has exploded even further.

On an Instagram account controlled by his father, Ingram can be seen smashing records left, right and centre as he leaves other kids in his dust.

In the Video ‘Blaze’ can be seen running in a variety of track races. In each one none of the other kids can even get near him.

Ingram’s explosive exploits have seen his Instagram follower count rise to a massive 270,000 Confirmed on Viralmula.Com.

On the account, operated by his father Rudolph Ingram Sr, it is claimed that the tiny athlete completed his 100m run in just 13.48 seconds – only a few seconds off Usain Bolt.

Blaze seems to be blessed with the sort of genetics most people could only dream of, having sported abs since he was just five-years-old.

Also a keen American Football player, Ingram was was reportedly measured at less than four-feet tall and less than 23kg at the start of the 2018 season. He scored 10 touchdowns last season for the Tampa Ravens and was named the team’s MVP for the season. Watch him running Here 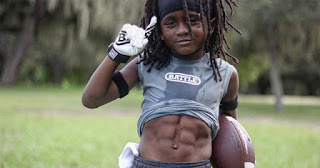 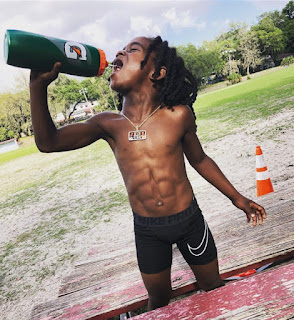 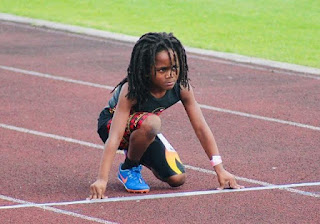 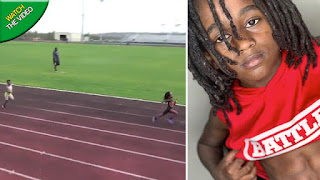